3D printing is one of the latest technologies to be adopted by the medical profession. In a recent hip replacement operation a woman was given a 3D printed titanium hip instead of a standard moulded metal hip. Having been involved in a car crash over thirty years ago, the woman had undergone six previous operations on her hip. She is hoping that with the new technology, this will be the last. The patient was treated at Southampton Hospital, where the operation was a first.

One of the disadvantages of a traditional hip replacement is that standard artificial joints tend to be smaller, which can occasionally lead to problems to such as dislocation. With 3D printing a hip can be made of exactly the right size to fit the patient.

How does 3D printing work?

For most of us, it’s hard to imagine anything coming out of a printer other than a piece of paper with words and pictures on it. But things are changing. 3D technology has been in development for several years, and it is now at the point where it has practical applications for everyday life, including the world of medicine. 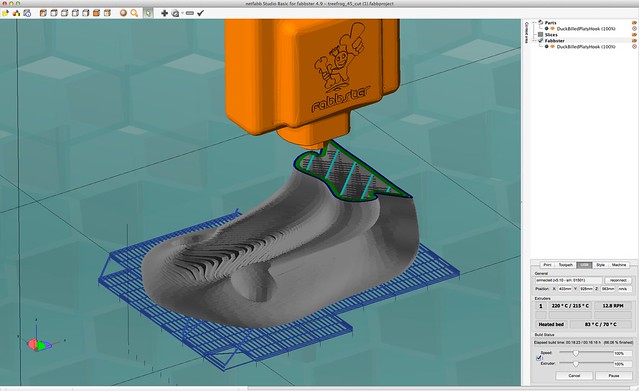 The first step in 3D printing is to create a 3D pattern of an object. This is done either by using computer aided design (CAD) technology for a new object, so a virtual object is drawn on a computer, or by copying an existing object using a 3D scanner. The image is then deconstructed into very thin layers or cross sections and converted into digital data. This data is then sent to a 3D printer, where it can be translated into the printing of a new object. A material such as molten plastic is dropped in tiny dots to create layers which gradually build up to produce the required “printed” item. 3D printing has been described in very simplistic terms as being rather like stacking up the slices of a loaf of bread to create a whole loaf.

Does 3D printing have other medical uses?

It may be hard to believe, but 3D printers can be used to make body parts such as ears and even organs, such as kidneys. Instead of plastic or metal being used, a type of gel containing human cells is used, usually on top of a base layer or scaffold of a biodegradable material which will disappear over time as the human cell layer becomes incorporated in the body. This type of printing is also known as bioprinting. One of the key benefits is that patient cells are used, so the body’s immune system will not reject the transplanted part, since it does not perceive it to be a foreign body. Earlier this year in the Netherlands a woman’s life was saved with a 3D printed skull.

3D printing may seem futuristic, but in fact it’s already here, and we could reap the benefits in our lifetime.